Annointed Disassociates Himself After 33 Years As A Jehovah's Witness

Early this year I requested disassociation from the org and have been meaning to publish some sort of statement. I was a member for over 33 years and partook of the emblems. Being an older widow it took some deliberation and guts to make the move but am currently very happy with the change. My exit contemplation actually began in 2006 with the examination of WTS chronology and wonderment why they are about the only organization on planet earth that claims 607 was the historic date for the destruction and burning of Jerusalem. It is well proven that 587 or close to that date is the historic fact. In the process I developed my own chronology which was great fun and submitted it to the brothers in the Writing Committee. After about 2 months they responded with a very polite correspondence suggesting I should "wait on the Faithful and Discrete Slave" for any changes but they made no effort at rebuttal of my facts. Of course I knew all about Carl Olof Jonsson's efforts and that they were well informed of the truth already. In fact they have known since 1906 if I am to believe the old WT volumes - so waiting any longer obviously ridiculous. The other humorous factor is I am (or was) considered part of the "faithful and discrete slave class" per their definition. Of course we know it is "only" the Governing Body but they don't put that in print so I found the response even more humorous since I would be waiting upon "myself." Enough for that subject. I would love to share the chronology if anyone has an interest - the Bible itself proves the point quite adequately in my opinion.

But for now I thought you might enjoy a short composition I prepared to explain my reasons for leaving - and if you think it worthy you may share with others though I haven't decided whether it is best to remain anonymous for such a contribution or use my "real name" - probably just list as "contributed" like WTS does - LOL. I'm still showing their influence in my actions. But it is the subject and not the person that is of value here.

2) If an organization is hostile to those outside itself
with differing opinions
its members may become contentious
among themselves, forming cliques of their own

3) If an organization focuses on persecution as proof
of their genuineness
its members may develop self-pity,
the martyrdom complex

4) If an organization is inflexible, rigid, and dogmatic,
creating myriads of rules,
its members become stubborn, defiant, authoritarian
crossing "t's" and dotting "i's" but losing the Spirit

5) If an organization is domineering and controlling
its members themselves will lack
mercy and kindness, empathy and understanding.
In short they will lack love for one another.

6) If an organization continually prods, pushes, and goads
its members to increase their commitment and service,
its members are being taught
to focus on works and achievement

7) If an organization uses guilt as a motivator,
its members may withdraw into protective shells
and joyous participation disappears

8) If an organization claims itself to be the "faithful and wise servant"
its members become self-righteous,
hoping for glory and exaltation of men

9) If an organization elevates itself
claiming to be the sole channel of God and truth,
its members themselves
may become proud and arrogant.

10) If an organization practices deceit,
its members will become guilty themselves of spiritism

People are often attracted to an authoritarian religion
Because of a lack of inner security, a feeling of powerlessness
Their need for structure and dogmatic certainty may be very high.
Principle-centered living will elude them.
They will seek their identity in works and prestige.
They may feel insignificant and easily become vulnerable to depression.
It is not unusual to see them lose balance and good sense,
Putting family or other priorities aside, even personal health needs,
Assuming all will understand they must be about God's work.
Once their emotional worth comes from their group affiliation,
They become incapable of an objective search for truth.
They lose their freedom or capacity to make independent decisions,
Become enslaved, a form of idolatry,
Restricted by attitudes, behavior and actions of others,
Ruled by fear rather than love.
Cognitive dissonance may result,
Inner compulsiveness, even immorality functioning as relief valves,
On rare occasions even the development of insanity.
Posted by Theocratic Joker at 8:31 PM

Thanks for this testimony, very interesting.

Great little article. How can I contact this lady? OR, can I be contacted, please? talkingdonkey1981@gmail.com

Hello Sister, always good to read people's experiences to become free from the control of the WT ..
I like to read the timeline to which you refer

if possible let me have this email: theexaminator1@yahoo.com

I speak little English, I used a translator
greetings and best wishes from Ecuador

I dissociated myself 7 years ago after being raised in the "truth." Not because i disliked it as a religion, i had a wonderful congregation, but i just didn't feel it was right for me. I would like to see your timeline. 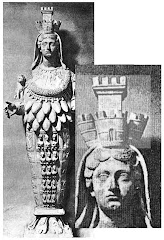